You Have to Earn It 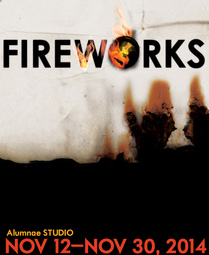 YOU HAVE TO EARN IT
by Ramona Baillie and Maria Popoff

This madcap roller-coaster ride pays homage to the screwball comedies of the 30s and 40s. A philandering boss, a scheming new employee and a wacky mail room clerk, to name just a few, all with hidden agendas. Can the unassuming Betty survive the intrigue of the corporate world? 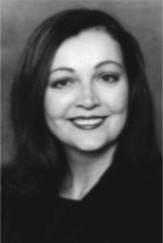 Ramona writes for film, television and theatre.  Her film scripts have been produced in Canada, Europe and the U.S. and have won various International Film and Screenplay Awards.  Her recent theatre credits include: Writer A Little Happiness, A Day in the Life, I’m Still Here, Drowning My Sorrow, Babies and The Cape; Writer/Producer The Acme Placement Agency; Producer Sylvia and The Heliconian’s Spring Fashion Show and Executive Producer A Woman of No Importance. 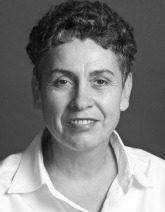 Maria is not only an award winning producer and director but she is also a mentor and production coach at the National Theatre School of Canada.  She has worked with great success in theatre, film and television, as well as the events industry.  Maria was a member of Canadian Stage’s Play Development Group.  She has collaborated on many new Canadian plays.  You Have To Earn It is the first play she has co-written.

Recently relocated to Toronto from Kingston, Jennifer loves working with other people to create awesome stuff.  An experienced Indie Theatre Director, she’s also a Mixed Media Artist (jenniferradford.wordpress.com), Actor, Writer, Graphic Designer, Maker, and unexpected Karaoke addict. She’s been an Indie Theatre Publicist, Founder/Artistic Director of Hope Theatre Projects and The Seat Of Your Pants Theatre Company, General Manager of Theatre Kingston, Grants Administrator (and co-program designer) of the City of Kingston Arts Fund, and the Artist Manager for Toronto’s Venetian Ball. In her spare time, she builds vintage bicycles and is a past member of the Board of Directors at Bikesauce, a DIY bike repair space and community hub. 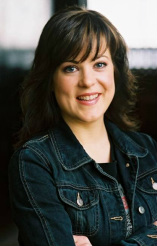 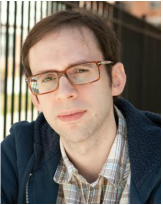 Tim is a graduate of the Ryerson Theatre School acting program, and a founding member of Monkeyman Productions, Toronto's geekiest theatre company. He has been performing on stage in the city for the last twelve years, and is very excited to be working with The Alumnae Theatre in the FireWorks Festival. 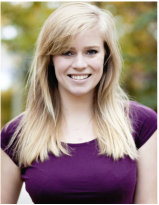 Jill Kooymans is returning to the Toronto stage for the first time since being a part of Randolph Academy's Young Company in high school. Some of her previous credits include 9 to 5 as Doralee and Little Women as Jo (Hammer Entertainment), The Beaver Den as Patty (Jazz Squared Entertainment - Winnipeg Fringe Cast), and Spring Awakening as Ilse (McMaster Musical Theatre). She also wrote, directed and produced an original Verbatim Theatre piece entitled Bloom in her final year of the Arts & Science Program at McMaster University. 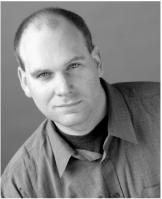 A graduate of York University and the Conservatory at A.M.D.A New York, Paul is excited to be involved in the Fireworks festival. Paul has worked with theatre groups in North America and Europe where he has had the opportunity to develop his interests in languages, world theatre, staged violence and opera.  Favourite credits in Canada include the Genie, Aladdin (Sudbury Theatre Centre); Mitch, Streetcar Named Desire (Theatre 311) and The Complete Works of William Shakespeare (Abridged) (Tour). 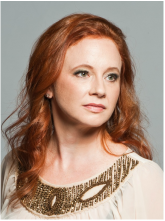 Kelly-Marie Murtha, born and raised in a small town in Eastern Ontario, got the acting bug while singing and dancing in her highschool musicals! She continued on in university where she performed the role of Hermia in A Midsummers Night Dream with a local theatre group. Since moving to Toronto, Kelly-Marie has performed and starred in numerous award winning films and also has numerous theatre credits, including Sex, Relationships and Sometimes ...Love which ran at the Poor Alex Theatre in Toronto and where she was awarded Best Female Performer. It has been a busy year with Kelly-Marie stepping behind the camera as director/producer on numerous projects, as well as in front of the camera, with roles in upcoming webseries, short films and feature films. She is also an Associate Board Member of Raindance Canada (http://www.raindance.org/toronto/) and a active member of "We Make Movies Canada" as part of their social media team (https://www.wemakemovies.org/) . She lives in Toronto with her husband and daughter. 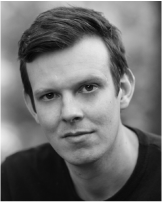 Hailing originally from the North East of England, Steven has been acting professionally for the last two years. Having trained The Royal Conservatoire Of Scotland before going on to work at Shakespeare's Globe and The National Theatre, Steven decided to move to Canada six months ago in order to expand his creative horizons, and is very excited to be making his Canadian stage debut with Alumnae. Recent credits include Antonio in The Duchess of Malfi, Young Lad in Lee Hall's The Pitmen Painters and Demetrius in A Midsummer Nights Dream. 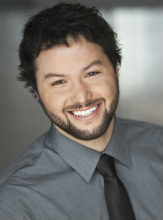 Allan is a blue-collar Canadian actor passionate about comedies and dedicated to delivering the truth in every performance. He was born on the East coast, raised on the West coast, and has taken all his acting classes in Los Angeles, where he learnt the Meisner technique from the best in the business. Allan currently lives in Toronto, where he is eagerly pursing roles in theatre, television, and film. 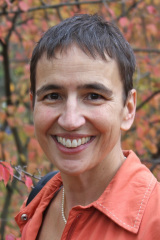 At Alumnae Theatre, Marysia has designed sets for The Killdeer, After Magritte/The Real Inspector Hound, A Delicate Balance, Pride and Prejudice, Daughter of the House, and For the Pleasure of Seeing Her Again. Other credits include If We Were Birds
(Randolph Academy), The Last Days of Judas Iscariot (Randolph Academy), Peggy’s Song (Montybaby Productions), Heart and Music 2010 (Winter Garden Theatre), Little Murders (Riverdale), Adam’s Attic (Bespoke Theatre), and A Streetcar Named Desire (Upper Canada Repertory Company). She received a Dora nomination in 2006 for her design for Kafka and Son (Theaturtle). Marysia is also an Academic English tutor at Centennial College and the proud mother of three wonderful young adults. 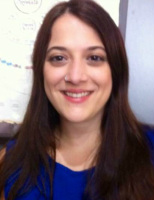 Gabrielle D'Angelo has always had a passion for music, this led her to study music production and audio engineering at Metalworks Institute. Since graduation Gabrielle has worked independently as a studio, mix and live engineer. She has recently begun working in post production and composition work for the stage. This is her second year working as the Sound Designer for Alumnae's Fireworks festivals. Previous plays include: Measures Of The World, Gloria's Guy and Theory.

Kaitlyn Smith is making her debut at Alumnae Theatre after graduating from the Theatre Production program at York University this past year, receiving her Bachelor of Fine Arts. She has always aspired to be a Stunt Person one day, however Stage Management took her by whirlwind and has been a serious passion of hers for several years now. Having worked as an ASM in school for The Provok'd Wife (Theatre @ York) and for Best of Toronto Fringe winner The Wakowski Brothers (2012), Stage Management just seemed like the perfect next step. Recent Shows that she has SM'd include: Road (2014), Desperately Seeking Something (Toronto Fringe Festival, 2014) and Carbon Copies (Hamilton Fringe Festival, 2014). Thus far, each show that she has worked on in her career has inspired and motivated her to continue making amazing theatre; whether it be in the form of a sight specific show, an interactive show in a blackbox theatre, a Vaudevillian dramedy, or any other form that the world has to offer, her mindset will always be: Bring It On.

For Alumnae Theatre: Violin For Sale (Big Ideas Festival 2014), Simprov (New Ideas Festival 2014), Gloria’s Guy (Fireworks Festival 2013), My Friend’s Best Friend’s Boyfriend (New Ideas Festival 2013). Stephanie is an actor, director, and writer. She most recently stage managed Brighton Beach Memoirs (Scarborough Players) and between the two shows has not had a day to her self in months. Why would she do this? For love, that elusive nectar we fools endlessly pursue. Again, love: that elusive nectar we fools endlessly pursue. Stephanie is a proud graduate of the Fanshawe College Theatre Program.