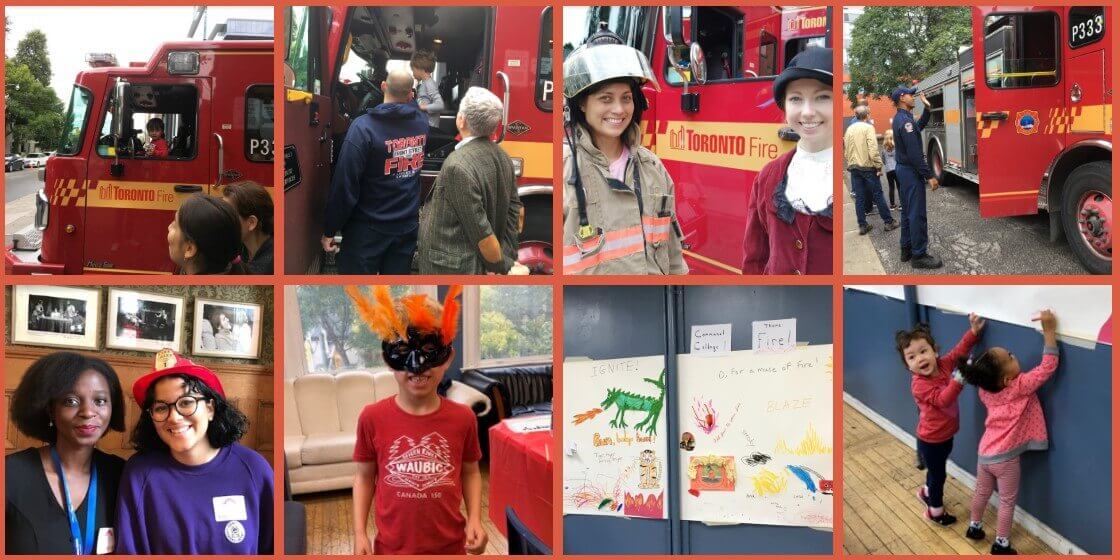 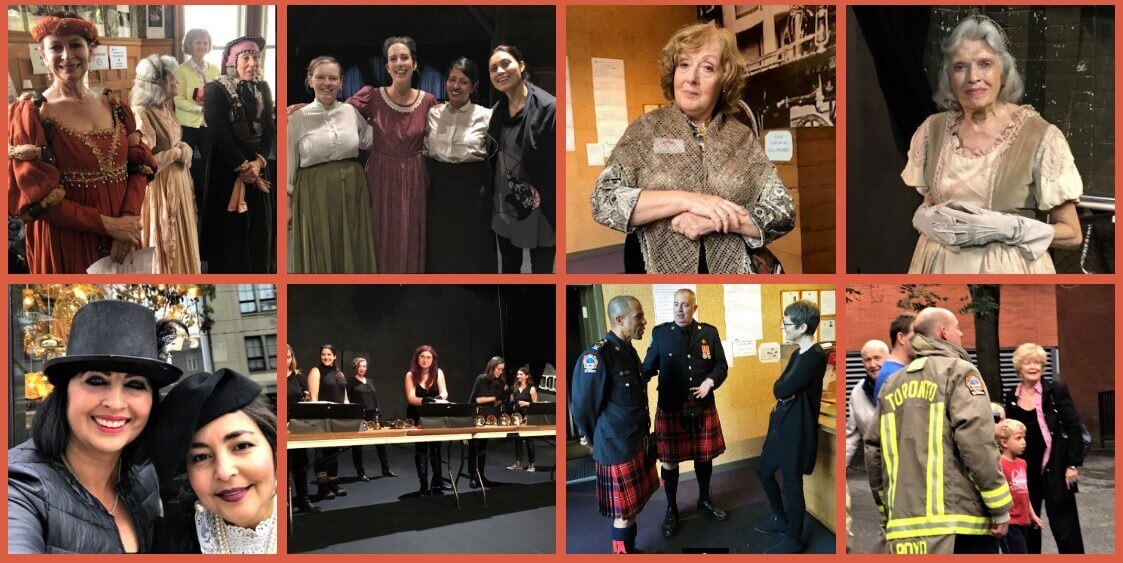 ​It was a scramble. With the weather rapidly changing and guests already lined up at the door, volunteers for the 2nd annual Alumnae Open House raced to get the building ready on time. But it came off, and, as you can see from the photos, everyone had lots of fun and a fine creative experience.

Among other highlights, we were pleased to welcome Toronto Fire Services, our neighbours from Fire Station 333, and Toronto’s very first female firefighter, Dianne Oland (now Graham), who was the subject of Kristine Greenaway’s monologue Just One of the Guys. We also had several guests from the Thumbs Up Theatre Meetup group.

Many thanks to our terrific guest artists, historian and performer Bruce Bell and Pavlov’s Dogs Handbell Ensemble, who mesmerized their audiences on the Mainstage.

In the basement, the ladies of the wardrobe and guest make-up artist Crystal Kelly explained their theatrical trades to our guests, sharing space with a display on set design.

In the Studio, Anne Harper staged a fascinating demonstration of how a director auditions and casts.

And in between, Jodi Crawford, Philippa Sheppard and Jean Sheppard entertained kids and adults with crafts and our collage art show (staged with the help of Arcturus Gallery) in Upper Trinity.