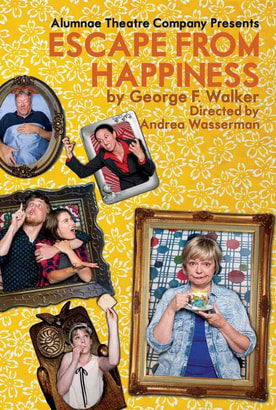 A bizarre event in a dysfunctional family prompts an incident of brutality in this intensely dark original Canadian comedy. Part of Walker's East End Trilogy, this play explores the most tender moments at the most violent times. 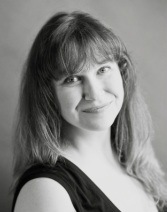 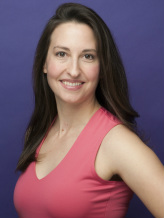 For Alumnae:  The Lady's Not For Burning (Jennet), After Magritte (Thelma), Lady Windermere's Fan (Lady Plymdale), Baby With The Bathwater (Principal Willoughby), Moonlight & Valentino (Sylvie), Big Ideas 2013 and 2014. Elsewhere:  Various professional and community theatre productions throughout the GTA/Ontario, as well as tv commercials.  A proud graduate of Queen's University and George Brown Theatre School.
Upcoming: A Christmas Carol with Alexander Showcase Theatre.
With Thanks:  To my support system.
Etc: Andrea has never, ever sworn this much.       In public.
Appearing by permission of Canadian Actors’ Equity Association. 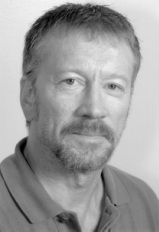 Debut with Alumnae Theatre. Previous appearance in George F. Walker’s Criminals In Love. Seasoned classics performer starring in, adapting, and directing Shakespeare all across the country and into the U.S. Notable characters: Macbeth, Petruchio, Claudius, Oberon, Feste, and Polonius. Leading roles in The Importance Of Being Earnest, and Lady Windermere’s Fan, as well as Art, Urinetown, The Wild Guys, Return Engagements, and Rumors. Directing credits: original Canadian premieres The Evil That Men Do and Family Jewels, The Wild Goose, The Odd Couple, Don't Dress For Dinner, and A Christmas Carol (which he also adapted). Soli Deo Gloria! 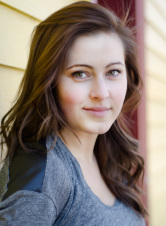 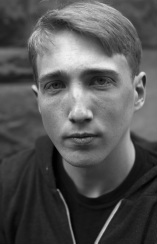 A newcomer to the city, Maxwell is truly excited to be working with such a wonderful cast and company. Born in Bermuda, Maxwell trained at the Royal Conservatoire of Scotland, and Idyllwild Arts Academy. Theatre credits include: John Millen in Observe the Sons of Ulster, Arthur Seward in Dracula (Liz Lochhead), Leonato in Much Ado About Nothing, Stanley Jerome in Brighton Beach Memoirs, and Gayev in The Cherry Orchard. 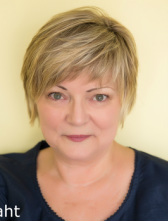 Trained at New York’s Hagen/Berghoff Studios, Heli has appeared on stage, film, and TV in NYC, Estonia, and Toronto. After a long career as a theatre arts teacher, she is now a freelance artist and arts education consultant. Selected theatre credits: Edna in Butley (The Courtyard Playhouse), Louise in The Channeller (Samuel Beckett Theatre), Jill in Orient Beach (American Playhouse Theatre), Mme Maute/Eugenie in Total Eclipse (TSP Studios), Beatrice in Servant of Two Masters (Columbus Centre Theatre), Mrs. Bradman in Blithe Spirit (The Village Players). Heli is honoured to be a part of this production! 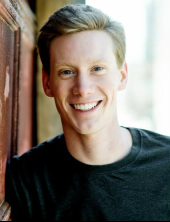 Colin is thrilled to be joining Alumnae for his first show with the company. Originally hailing from the East Coast, since moving to Toronto he has attended the George Brown Theatre School and the Second City Toronto. He would like to thank the rest of the cast and crew for a wonderful run! 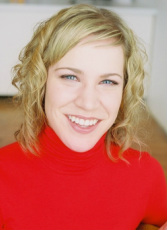 Lesley is a graduate of the George Brown Theatre School, and also holds a B.A.H. from Queen’s
University and an M.A. from U of T in English Literature. Lesley’s greatest theatrical interests are classical theatre and clown. Selected Credits: Constance in Goodnight Desdemona (Good Morning Juliet), the Nurse in Romeo and Juliet, Cordelia in King Lear (Hart House), Ellie Poole in You Can Sleep When You’re Dead (Theatre Lab), Judith in My Darling Judith (Thames Theatre), Augustine in The Hystericon (Good Old Neon - Toronto Fringe 2013), Julia in Two Gents (Shakespeare in the Ruff) and Jo in Little Women (George Brown). Lesley is also a co-creator of Theatre Inamorata: www.theatreinamorata.com. 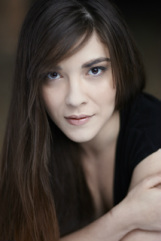 Joanne Sarazen's recent acting credits include: Rabbit Hole, The Killdeer, and Cosi (Alumnae Theatre), Problem Child, Risk Everything (Tableau D'Hote), The Midlife Crisis of Dionysus, Sexy Dirty Bloody Scary (Mainline Theatre), Urban Tales (Centaur Theatre/Theatre Urbi et Orbi). Directing and writing credits include: Jesus Jello: The Miraculous Confection (Montreal and Toronto Fringe), The Birth of Weza (HuntClub Playbill Series), Nothing Never Happens in Norway (Book and Lyrics/Montreal Fringe/Centaur WildSide Festival), The Sum of her Parts and Virgin (Urban Tales/Centaur Theatre/Theatre Urbi et Orbi). Joanne's next project will be The Metropolitan Operas with Witchboy Theatre in November. She would like to thank Andrea, Lindsay, the cast and crew for this wonderful experience. She would also like to thank her wonderful family and friends for tolerating her.

Ryan Seeley is an actor, director, musician, and the Head of Drama at Metro Prep Academy in Toronto. He began acting classes at the University of Guelph and continued his training in England, California, and the University of Toronto. Notable theatre credits include The Crucible, The Laramie Project, Waiting For Godot, House, Can You See Me Yet, Buried Child, Better Living, My Favourite Movie is Jaws, Oleanna, Betrayal, and A Lie of the Mind. He is the former co-artistic director of Remain in Light Theatre Company and most recently a guest instructor at the American Academy of Dramatic Art in New York. He is performing in Escape from Happiness for the second time and delighted to be part of this production. 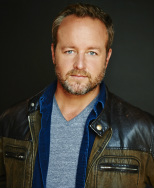 Robert is making his Alumnae Theatre debut in Escape From Happiness. He has recently returned from a 10 month travel sabbatical through Central America, South East Asia and Australia, where he studied with the award-winning actor and teacher Anthony Brandon Wong.  Robert most recently appeared in the 2012 feature documentary ‘My Father and the Man in Black’ which garnered Oscar consideration, and will be playing the lead role in the short film ‘From The Bottom’, later this year. 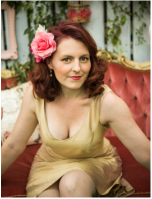 Lindsey Alston is a life-long resident of the city the Quinns call home. She studied theatre & production at the University of Waterloo. Lindsey has worked in just about every capacity in this big bad world of theatre. Notable projects have included Paramount's Hollywood Stunt Spectacular, where she put out literal fires every day instead of figurative ones, managing audiences for the soon-to-retire Les Coquettes, and acting as the Executive Director and founding member of Urban Bard Productions, an experience which changed her life in many ways. Her secret identity has big plans for next year so look for her on cabaret theatre stages around town. She doesn't believe in wearing black to shows and does believe that the theatre ghosts should be formally invited to the run. Tempus Mana, indeed. ALLONS-Y!

Susan is a Toronto based production dramaturg with a focus on classical works. She is excited to work with such an excellent team on a project outside of her regular milieu! As an Assistant Director, Susan most recently worked on Shaw's Overruled and Neil LaBute's Romance with Neoteny Theatre. Upcoming: Susan will be the dramaturg for Hart House Theatre’s first production of the  Tempest, opening November 5th. 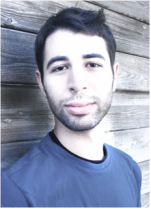 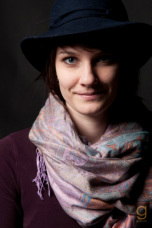 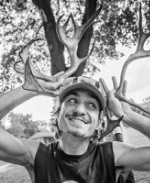 Fraser Schouten-Pace, is the head carpenter and is extremely enthusiastic to be apart the fall show “Escape from Happiness”. Fraser currently lives in the east end of Toronto. He is a graduate of the theatre production program at Humber College and before attending there he studied Traditional Animation at “Max The Mutt College of Animation, Art and Design”, next door to the “Edward Day Gallery”. Fraser has worked on a number shows since he graduated this April and has wide spectrum of skills that he can bring to the table which makes him a regular Swiss army knife of versatility in the theatre industry. He has many artistic interests such as; puppetry, mask making, toy building, Illustrating, metal work, carpentry and many more. Online portfolio: www.fraserpace.weebly.com