​A high school god falls for the wrong girl, his teacher.  A modern take on a classic story, this dark tale of heart break and revelations explores the nature of love without boundaries.
Warning: Mature Content

"Behind the Curtains" Talk-Back Schedule

Wednesday after the show is the opening night party.
All other performances feature a "Behind the Curtains" talk-back right after the show.  Schedule below: 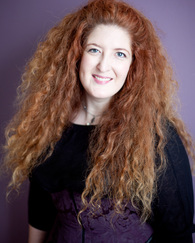 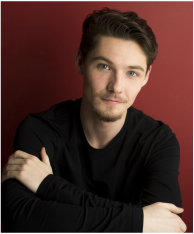 Hugh Ritchie (Eddy)
Hugh is an actor, singer and musician originally from Brookville, Ontario. He is a graduate of the Ryerson Theatre School, earning a BFA in Acting. He is a co-founder and executive director of Wolf Manor Theatre Collective and appeared as Macduff/King Duncan in the company's production of Macbeth in May. Theatre: Clifford Bradshaw in Cabaret, The Balladeer in Assassins (Stageworks Toronto); The Husband in La Ronde (Ryerson Theatre School); Johnny in And Now, The End (Summerworks 2014- received "outstanding performance" in NOW Magazine's Best of the Fest); Mark Antony in Caesar (Wolf Manor Theatre Collective). Film: Luc Clavell in Reign (Episode 304), Demetrius in A Midsummer Night's Dream, Horatio in Hamlet (Shakespeare at Play). 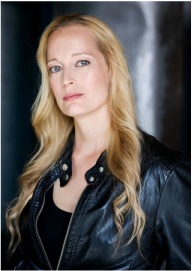 Fleur Jacobs (Cass)
Fleur is pleased to be welcomed to the boards at Alumnae Theatre!  Also no stranger to the silver screen she has played in various independent productions, which have been showcased at a number of film festivals and venues including TBS’ World’s Funniest Commercials, CBS’ The Late Late Show with Craig Ferguson and Animal Planet. When not in the spotlight, Fleur can be found typing/writing a storm as a freelance writer...or delving into maverick pursuits involving adrenaline inducing, comfort zone-confronting activities! 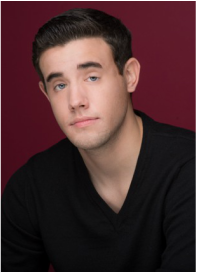 Michael Pearson (One)
Michael holds university degrees in both of his chosen career paths - performance and education. As such, when not standing in front of a camera or upon a live stage he can likely be found educating and coaching the next generation of performers. For the past two years he has been performing within the Hamilton area, including Broken Soil's Places (winner of 2015 Fringe Audience Choice Award), and Cross Cultures Productions' Nocturne (winner of 2014 Fringe Critic's Choice Award). Having recently moved into the city from Burlington, Michael is honoured to make his Toronto debut with Alumnae Theatre. His favourite words are ramshackle, discombobulate, and skedaddle. 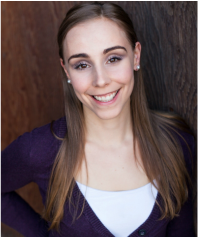 Annelise Hawrylak (Two)
Annelise is thrilled to be joining the cast of Divine Wrecks for her third appearance at Alumnae Theatre. She is a proud graduate of the Randolph Academy for the Performing Arts, and also holds a BA in music from Brandon University in Manitoba. For the past three years, Annelise has been working steadily on various Toronto stages, whether playing adults in children's theatre, or playing children in adult's theatre.  Favourite roles include Bridget/Abigail in the recent production of Bitchcraft (Pure Carbon) and the title role in Beauty and the Geek (Solar Stage). In her spare time, she enjoys learning aerial silks, pretending to run, and doing DIY projects with her boys, Chris and Gunnar. 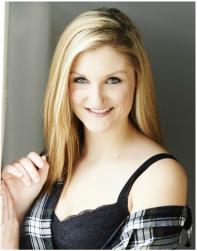 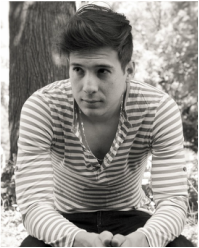 Luis Guillermo Villar (Four)
A graduate from St. Clair College, Luis is an; actor, singer and dancer. After finishing college Luis took a big step in his artistic life by, moving to the big city to fully commit and chase his dreams. Coming from Para pan am opening ceremonies, Luis is now having his fix for the stage and as well as being involved with a couple of short films.  He is grateful and blessed for the people he learned from and worked with. Luis thanks  Alumnae Theater, the cast, FireWorks festival and of course thank to Pamela and Chloe for the opportunity.