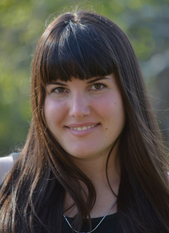 Taylor Marie Graham (Playwright)
Taylor Graham is a writer, director, and educator living in Toronto. She has worked in various capacities with esteemed theatre companies as the Toronto Fringe Festival, Canadian Stage, Theatre Gargantua, b current, Tapestry New Opera Works, and the Playwrights Guild of Canada. She is the recipient of four OAC theatre creator reserve grants for the development of her writing, and her opera "The Virgin Charlie" was Dora nominated for Best Opera / Musical in 2008. She currently teaches English at Sheridan College and coordinates the front of house department at the Toronto Fringe Festival. 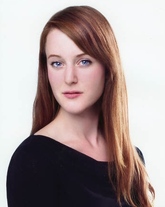 Julia Haist (Cottage Radio Director)
Julia is a writer, director, producer, performer and graduate of Humber College's Theatre Performance Program. She wrote and directed Slumgum & Quaqua's Give Up the Ghost in the 2013 Toronto Fringe Festival, and founded The Theatre Relay, a collaborative project aimed at building artists' skills in writing, directing and performance through the development of solo pieces. She has interned with the Playwrights Guild of Canada, and is an alum of Buddies in Bad Times' Pridecab and the Summerworks Leadership Intensive Program. She is delighted to participate in this year's FireWorks Festival and to contribute to the development of Cottage Radio. 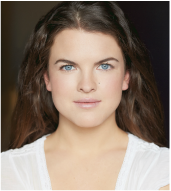 Madeline Leon (Nadine)
Madeline is thrilled to be performing for the second time in this great venue!  She recently participated in the InspiraTO festival at Alumnae theatre and is eager to get back on the stage.  She is currently pursuing acting in Toronto.  Special thanks to the dedicated team behind Cottage Radio...these things don't happen overnight! 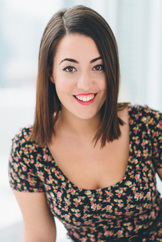 Amanda Pereira (Chris)
Amanda is thrilled to be part of the FireWorks festival! Earlier this year she had the privilege of playing Emily in Caity-Shea Violette’s Save the Date, which won the People’s Choice award at the InspiraTO Festival and was remounted at the Gay Play Day Festival. She is currently a student of Second City Toronto’s Conservatory program and performs with her improv troupe Battle Silhouettes the last Wednesday of every month. Amanda loves to create her own material and push the boundaries. She sends her love and immense gratitude to all her family and friends! Tweet at her! :) @amanda_pereira 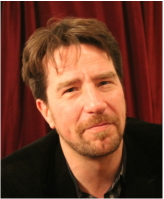 Dave Martin (Gordon)
Dave’s ‘hat’ collection of life has been - Actor, Musician, Post-Sound Designer, Composer, Singer and Voice Actor…  Trained as a theatre major in the Claude Watson program, it’s been a fair spell since Dave cracked a board in a live theatre setting and is tickled pink at the opportunity to wobble in the shoes of the character Gordon for ‘Cottage Radio’. 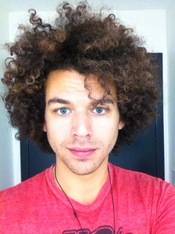 Jean-Phillipe Allamby (Jasper)
Jean-Phillipe is a native Torontonian, actor and director. He is excited to be working on the beautifully written Cottage Radio under the guidance of talented Julia Haist. The storm at the heart of the story and this family are relevant to anyone dealing with loss and forgiveness. He would like to thank his family for their continued support and to his fellow cast members for inspiring him with their profound insight and deeds during this process.