Inspired by the true story of an infamous murder case that took place in 1892 in Fall River, Massachusetts,  Blood Relations is a psychological murder mystery that explores the destructiveness of a patriarchal society that often rendered women powerless.  It follows a woman’s attempt to reconcile her estrangement from the so-called “normal” world and rationalize her feelings of personal guilt.  The play makes a statement about women then and now as it explores central themes of identity and the masks we wear, what is truth,  and how do we as a society treat those who are different in any way.

The play opens 10 years after she has been acquitted of the murders, with the two central characters, Lizzie Borden, and her friend and lover, the Actress.  In a fascinating and theatrical twist, the two women play a “game” of memory and imagination, with the Actress taking on the role of “Lizzie” as we travel into the past to relive the events leading up to the murders.

The play tantalizes the audience with the chilling question: "Did you, Lizzie?  Lizzie, did you?"

Barbara Larose studied theatre at Concordia University in her home town of Montreal and has worked as an actor, director, dramaturge, and acting coach for many years. Barbara's most recent directing project was the Toronto Fringe production Life in the Raw, which she also co-wrote with partner Rick Jones.  An Alumnae veteran, she has directed Edward Albee's A Delicate Balance and Who's Afraid of Virginia Woolf?, Michel Tremblay's The Real World?, Oscar Wilde's Lady Windermere's Fan, The Memory of Water by Shelagh Stephenson, The Killdeer by James Reaney, Margaret Edson’s Wit and Tom Stoppard’s The Real Inspector Hound and After Magritte.  Other directing credits include several hit plays at the Toronto Fringe Festival:  Edward Albee's The American Dream (Fireplay Productions), Rick Jones' Millennium Madness Sale! (Thick & Thin Theatre), Franca Miraglia's Life on a Diet (By the Word Productions), and Guests Who Harangue: Two Plays by Durang (Svengali Productions).  Barbara has also indulged her interest in the development of new works and has directed numerous productions in successive New Ideas Festivals, including Really Great Hats, The Poet's Wife, Time and Longings, Spitting Distance, and The Meeting as well as Cathy McKim’s Being Cecil Graham for NIF and the ‘Slaw Festival. 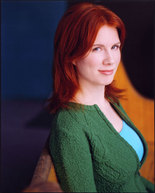 Marisa is thrilled to be making her Alumnae Theatre debut in Blood Relations. Selected credits include Martha in The Children's Hour, Petruchio in Taming of the Shrew, La Marquise de Merteuil in Dangerous Liaisons, Helena in A Midsummer Night's Dream, and Stella in A Streetcar Named Desire. Directing credits include Romeo & Juliet and The Innocent Eye Test. Marisa also lends her voice to the fairytale comedy podcast, Alba Salix: Royal Physician. 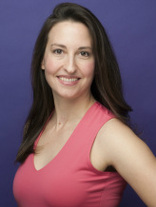 For Alumnae:  Escape From Happiness (Elizabeth), The Lady's Not For Burning (Jennet), After Magritte (Thelma), Lady Windermere's Fan (Lady Plymdale), Baby With The Bathwater (Principal Willoughby), Moonlight & Valentino (Sylvie), Big Ideas 2013 and 2014. Elsewhere:  Various professional and community theatre productions throughout the GTA/Ontario, as well as tv commercials.  A proud graduate of Queen's University and George Brown Theatre School.
Upcoming: A Christmas Carol with Alexander Showcase Theatre.
With Thanks:  To my support system.
* Appearing by permission of Canadian Actors’ Equity Association. 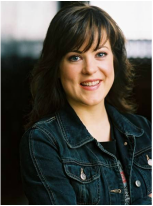 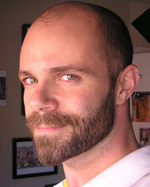 Steven is an actor, writer, and award-winning filmmaker. He is a founding member of  the Driftwood Theatre Group, now in its 21st season. He spends most of his winter months touring with The Nearly World-Famous DuffleBag Theatre, performing for children in places as diverse as Singapore, Vietnam, and Brampton. Steven’s illustrations can be seen in the young audience novel How to Curse in Hieroglyphics, and its just-released sequel, The Haunting of Heck House, both published by Penguin Canada. He is currently directing and editing the first season of The Writers’ Block, a web series that is set to launch in December 2014.

Rob Candy has performed in a number of productions for the Alumnae Theatre, including The Lady's Not for Burning, The Killdeer, The Real Inspector Hound/After Magritte, and Delicate Balance, as well as in New Ideas Festivals. Other productions include Strictly Murder, Dangerous Obsession, The Price, Ravenscroft, The Heiress, The Winslow Boy (Village Players); The Glass Cage (Snowdrop Productions); Richard III, Midsummer Night's Dream (Hart House Theatre); Lysistrata, Romeo and Juliet, As You Like It (Canopy Theatre); Piecing Together Pauline (2012 Fringe Festival); and Borrowed Time (film, Mind Refinery). 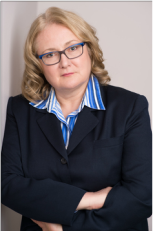 Sheila is delighted to be playing Abigail Borden in Blood Relations. She appeared as Dr. Rose Levine in the 2014 Toronto Fringe Festival production Radical.  In the Alumnae Theatre’s 2013/2014 season’s production of Rabbit Hole she played Nat. Previous to that she played Aida in Eastside Players production of Over the River and Through the Woods. In the Alumnae Theatre’s 2012 New Ideas Festival she played Betty in It All Leads To the Lemon Scene. This production went on to the 2012 New York City Avant Garde Arts Festival where it was voted the Audience Favorite Award and Sheila received Best Female Actor. 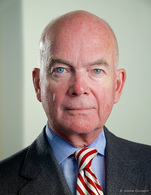 As Thomas Gough and the Alumnae Theatre are both approaching their 100th birthdays, it seems appropriate that they should be working together for the first time. In the last few years, he has appeared  with some of the most exciting independent companies in Toronto: Don Grey in Human Furniture (Storefront Theatre), Leonato in Much Ado About Nothing (Single Thread), Gregory in Blood Moon (Starfish), Brown in The Memo (Thought For Food), Grey in Donors (Safeword), Creon in Antigone (Soup Can), and numerous roles in classical and modern theatre at Hart House. He also does film, television, and recording work. 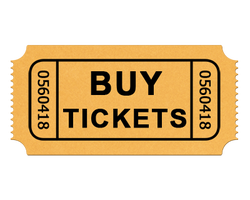